The link between chronic pain and depression: which comes first?

The link between chronic pain and depression: which comes first?

There is a clear link between pain and depression, but does pain make us depressed, or does depression cause pain?

It’s easy to imagine that people with persistent pain have cause to become depressed. After all, it’s a problem that affects every part of life, not just the bit that got injured.

But like so much to do with persistent pain, it becomes harder to unravel exactly what the relationship is when one digs a little further. For instance, it has been repeatedly shown that people with increased emotional distress going in to surgery use more painkillers and generally fare worse afterwards.

On the other hand, we have also known for a long time that unexplained pain is one of the common features of diagnosable depressive illness.

So which comes first?

The complicated answer is the relationship goes both ways. Having already had depression or anxiety increases the risk of developing persistent pain, but if you develop a chronically painful condition without such a history, you have dramatically increased chances of being diagnosed with depression not many months later.

No two central nervous systems are exactly alike. In the case of vulnerability to both depression and pain, this is important. The term allostatic load  is applied to what Hamlet called the “slings and arrows of outrageous fortune”. The more severe the episodes of stress or adversity you have had to face, the more your nervous system adapts to reflect these experiences.

It so happens that many of these changes occur to brain regions that process bodily pain, mood, sleep, anxiety and motivation. These structures are collectively called the limbic system and are thought to have evolved very soon after mammals split from reptiles. Social isolation is also linked to pain. 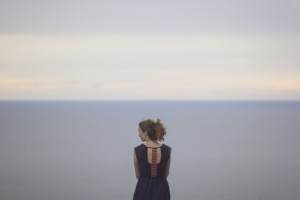 The relationship between the limbic system and a number of painful conditions has been studied, including Irritable Bowel Syndrome and migraine. Results tend to support the idea that the way these conditions play out is related to the way our particular brain functions.

Fear, anxiety, anticipation of pain and other outputs of the limbic system play an important part in our everyday experience of normal pain as well as persistent pain.

Further evidence that depression and pain are closely linked comes from the observation that a number of very effective pain drugs are also antidepressants. Amitriptyline and the tricyclic antidepressants as well as duloxetine and the SNRI (serotonin and noradrenaline reuptake inhibitors) antidepressants are first-line drugs for nerve pain and also for conditions such as fibromyalgia syndrome, which are characterised by dysfunctional pain regulation.

Interestingly, the SSRI (selective serotonin reuptake inhibitors) group of antidepressants, which increase levels of serotonin but not noradrenaline in the brain and spinal cord, are not effective at all in pain conditions. SSRIs are reasonably effective for depression with features of anxiety, but it appears boosting serotonin levels may not be particularly important for regulating pain signals.

Psychological treatments such as Cognitive Behaviour Therapy (CBT) are effective and easily adapted from depression and anxiety to be successful in improving persistent pain as well. Pain psychologists have also pinched Exposure Therapy techniques from the treatment of phobias to help overcome pain-related fear.

Explainer: what is cognitive behaviour therapy?

Mindfulness-based cognitive therapy, which uses meditation and other therapeutic techniques, has been extensively studied as a treatment for preventing relapses of depression. This therapy is also becoming established as a valuable skill for pain sufferers.

I suspect this is not coincidence, given that acceptance of the present and avoidance of negative ruminations about the future feature prominently in these techniques. Both of these are mentally challenging for people with chronic pain.

The changes in brain function observed in experienced meditators are exactly the ones that can help sufferers accept the present and avoid negative thoughts. If you are living with a brain whose limbic system is prone to negative thoughts, mindfulness-based cognitive therapy can help.

Pain and social isolation are also strongly linked. A Singaporean study of older adults found social isolation was associated not only with a higher risk of developing persistent pain, but with more rapid progression in severity.

This may not, of course, be unique to pain. Worsened outcomes with social isolation can be found with chronic heart disease as well.

I would argue, though, that the link with pain is stronger. The clue is in the language of social exclusion. We talk about the “pain” of emotional separation, the “hurtfulness” of unkind comments and the “agony” of unrequited love. Social inclusion is fundamental to survival.

So pain makes you depressed, and depression causes pain. Sounds like a diabolical pairing, but it’s not as bad as it sounds. Understanding that these seemingly unrelated conditions have a lot in common is the result of huge advances in our understanding of brain neuroscience.

This new knowledge is already improving our ability to spot useful treatment approaches. The next decade of progress is likely to be better still.